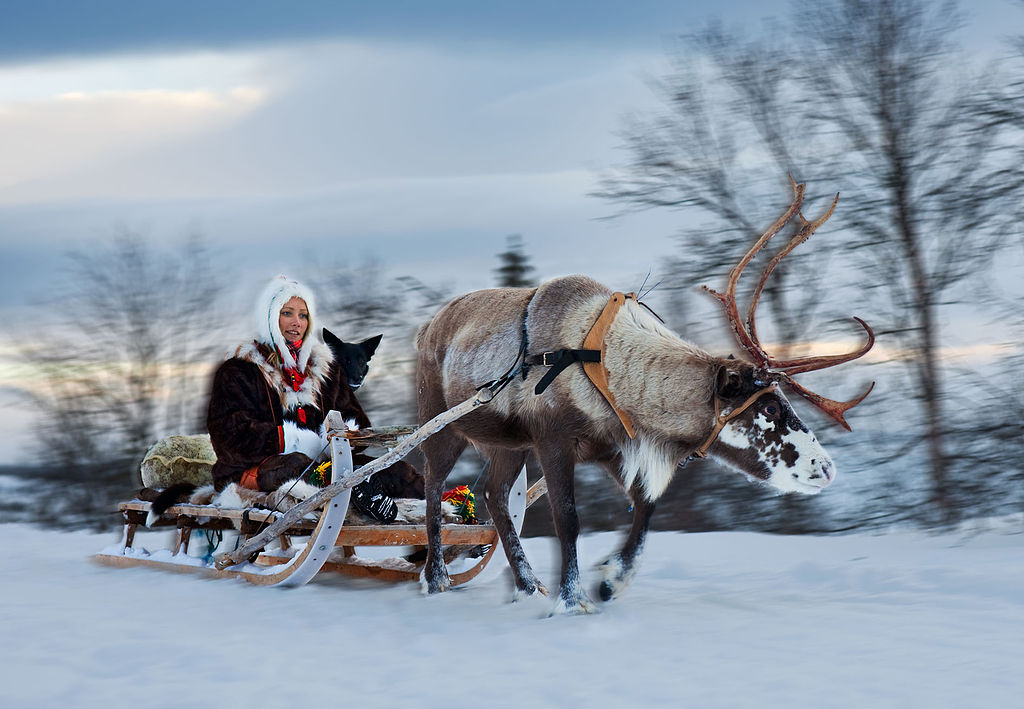 Below you can find some background information on the Sami people in Russia and the challenges they face, as well as additional resources for further reading.

Sources: Cultural Survival and Russia Beyond 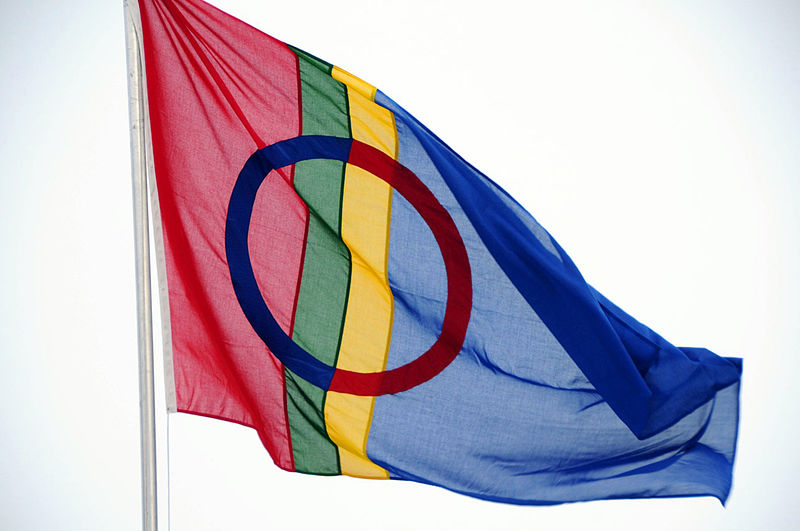 Climate change poses a serious challenge to the Sami people. New weather patterns, warmer summers, and the melting of arctic ice all contribute to the threat against the Sami’s nature-based way of life. As The Climate Institute explains,

“According to current science, the Arctic region is warming at 2.5 times the global average, and annual polar ice coverage is shrinking at an unprecedented rate. In the words of herder Jonna Andreas Utsi, ‘This is climate change. We see it every day in our work and life. Normally during this time of the year the temperature is between -20°C and -30°C, but it’s really warm this year: it’s -4°C. We have had warm autumns previously, but never earlier were they so long.’ Across the European Arctic, the Sámi have been eyewitnesses to climate change, and how it threatens their way of life.

“The immediate impacts are both visible and troubling. Stretches of unseasonably warm temperatures in wintertime have led to partial snowmelt. This results in the formation of hard layers of ice close to the ground when the cold returns, sandwiched between the usual layers of snow. The consequences for reindeer are severe: the animals can dig through snow, but most are unable to penetrate layers of ice; when the ground is thus covered by layers of both ice and snow – as is increasingly the case – the reindeer are unable to access the precious ground lichen and other plants upon which they depend in wintertime. According to Sámi herder Anders Kroik, ‘the snow becomes like sheet metal here, and the reindeer that eat from the ground don’t have the strength to get through that layer,’ leading many to starve. This inability to procure forage constitutes one of the greatest climate-related challenges confronting herders. In the words of Anders Oskal, director of the International Centre for Reindeer Husbandry, ‘It doesn’t matter if your refrigerator is full of food [when] you can’t open the door.’ Catastrophic declines in herd numbers can occur as a result.

“In this situation, herders may be forced to move their reindeer down to the forests, so the animals can survive on tree lichen and bark – supplemented in turn by purchased feed, an added expense that further undermines the delicate economic balance of reindeer husbandry. Aside from the inconvenience and monetary costs, bringing their reindeer to the forests can also place herders in direct conflict with non-indigenous locals operating tree plantations. The result is greater friction between the Sámi and non-Sámi populations, often leading to bitter legal disputes.” 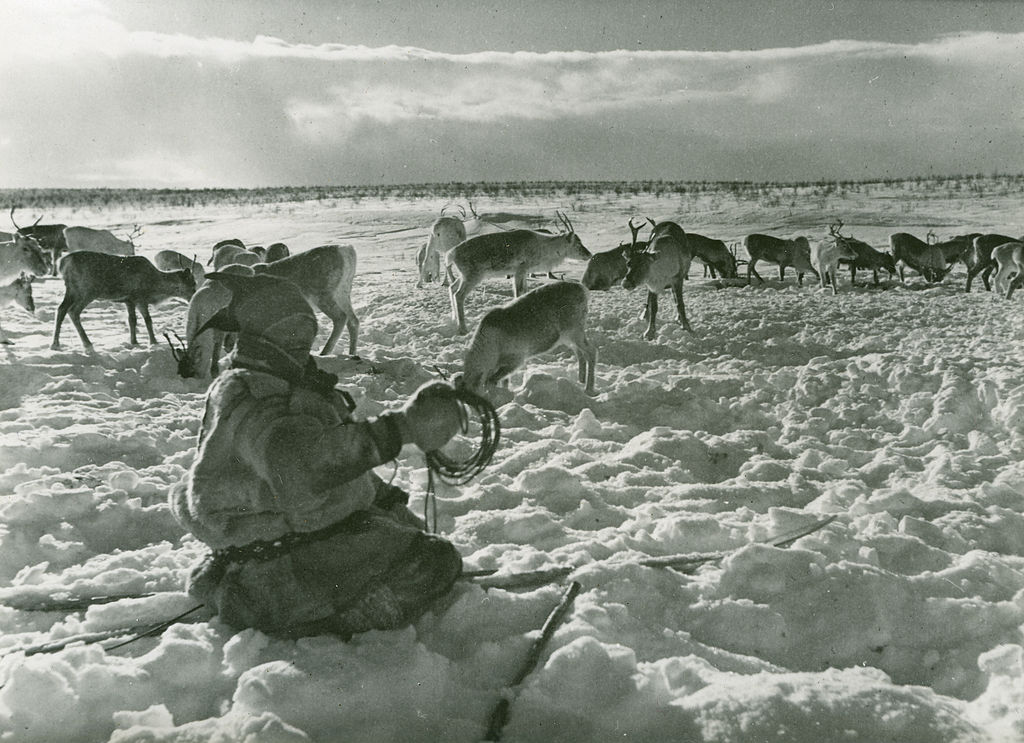 Across Norway, Sweden, Finland, and Russia, the Sami have experienced racism, colonization, and the exploitation of resources for centuries. According to Cultural Survival,

“The colonization of Saapmi [the Sami’s native land] and exploitation of its resources began at the dawn of the Middle Ages and grew during the 13th and 14th centuries, when trade with the Saami flourished and taxes were levied on them. Since several states claimed sovereignty, the Saami were forced to pay taxes to several Crowns. Missionaries and Christianization followed in the wake of trade and taxes. The first missionaries worked brutally to gain psychological, and thereby political, control over the Saami. From 1751 to 1826, the nations that claimed Saapmi divided it up among themselves. The last half of the 19th century was the darkest chapter in Saami history. The Industrial Revolution depended on access to raw materials found in abundance in such places as Africa, Latin America and Saapmi. Prior to this Saapmi had been considered a worthless no-man’s land. Now it became the source of raw materials for Sweden, Norway, Finland, and Russia – the role that Africa and India played for England.

Preserving language is an essential part of preserving culture. There are ten different Sami languages spoken throughout Sapmi and many of them are endangered, with some at risk of disappearing completely. Below you can find a list of the ten Sami languages and the number of native speakers remaining:

The drum has long played an essential role in Sami culture. “The uniqueness of the traditional Sámi drum represents a distinct Sámi-ness, and makes a superb symbol of the Sámi culture… In a way, the drum still bridges gaps between worlds, the old traditional Sámi world and the modern world that the Sámi embody today. The drum still functions as a way to view the world in a holistic manner,” according to the University of Texas at Austin.

The symbols drawn on top of Sami drums also maintain importance, depicting a variety of Sami objects and values:

“…Some symbols show important aspects of Sámi life, and reflect the Sámi desire to live in harmony with nature, even to the untrained eye. The frequency and placement of the sun symbol reflects the central nature of the sun in Sámi tradition, and suggests that the sun’s importance cannot be overstated. Many symbols obviously represent animals familiar to the Sámi. ‘The animal that seems most appropriate to begin with is the reindeer, which is the commonest species of animal on the southern Saami drums.’ (Ahlbäck and Bergman) Other animals also seem obvious, such as, bears, wolves, and birds.”

Source: University of Texas at Austin The following are articles and reports that provide more information about the Sami’s history and traditions.