From villages in Kenya to the Brazilian rainforest and the mountains of Pakistan, Caipirinha Productions has worked both to expose injustices against indigenous peoples and to promote cultural survival. By producing short films on indigenous rights, we have aimed to assist long-term campaigns for social, economic, environmental justice. Below are three of these short films. If you are interested in organizing a screening of the films as a program or individually, please email us at info [at] culturesofresistancefilms.com. For a schedule of upcoming and past screenings of Caipirinha Productions short films on indigenous rights, click here. 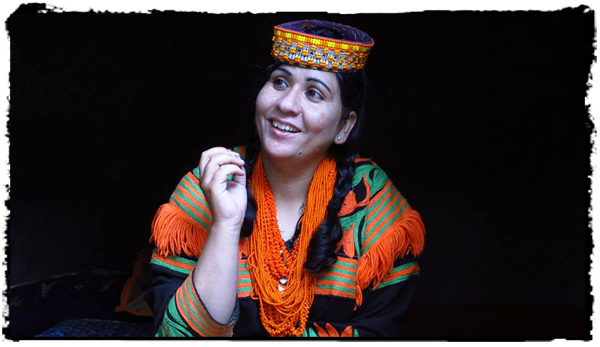 The Kalasha and the Crescent

Rumored to be the descendants of Alexander the Great, the Kalash people have in fact inhabited northern Pakistan’s Chitral valley since long before the legendary conqueror came to the region. They uphold a rich cultural heritage, with polytheistic beliefs, seasonal festivals, and a variety of other traditions that are at odds with Pakistan’s dominant Islam. Today, even as the the majestic peaks of the Hindu Kush mountains shield the Kalasha from the region’s worst violence, their culture faces a variety of pressures: poverty, tourism, and Islamism are all contributing to the erosion of Kalash identity. Still, a dedicated group of Kalash advocates are fighting to keep their culture alive.In May 2013, director Iara Lee traveled to the Chitral valley to document the Kalash spring festival, Joshi. The Kalasha and the Crescent uses the festival as an entry point into this vibrant community and the tough questions facing it. What does conversion to Islam—whether forced or spontaneous—mean for Kalash identity? Can Kalash traditions withstand the challenges brought by globalization on the one hand and by religious tensions on the other? Join members of the Kalash community and observers from around the world as they reckon with these questions.

The Rape of the Samburu Women

For more than fifty years, England has maintained military training facilities in the Samburu region of its former colony, Kenya. During this period, women in the area have faced an epidemic of rape. Women from the Samburu, Massai, Rendile and Turkana indigenous communities have filed more than 600 official rape claims against British soldiers. Yet, despite documentation of their claims, a three-year internal investigation by the Royal Military Police (RMP) cleared all soldiers of wrongdoing. Meanwhile, the victims have been shamed and outcast in their communities, many to the point of exile.In the mid-1990s, Beatrice Chili responded to this situation by establishing the village of Senchen, a self-sufficient community run entirely by women. There, women build homes, weave textiles, gather and grow food, and raise children. This short film visits the brave women of Senchen, who speak candidly about their suffering and talk passionately about their demands for justice. Watch the film to hear their stories and to find out how you can offer your support.Besides examining how Samburu women have worked to rebuild their lives, The Rape of the Samburu Women also attempts to reinvigorate appeals for justice. Since its release in March 2011, the film has been shown widely online, used by a number of local campaigners, and even inspired a local human rights group to investigate the claims and initiate rape-prevention efforts.

Battle for the Xingu

The Xingu, a tributary of the Amazon, is home to over 10,000 indigenous people who rely on the river for survival. The Brazilian government, however, keen to develop the region, is proposing what would be the world’s third largest hydroelectric dam, threatening to destroy the biodiversity of the Xingu River basin and deprive these people of their rights to a sustainable future. The Caipirinha Productions team was in Altamira in 2008 for the Xingu Alive Encounter—one of the largest-ever gatherings of indigenous Brazilians—to witness the spectacular determination of the Amazon people to protect their way of life. The result was Battle for the Xingu.Today, construction of the dam has begun. Thankfully, protests against it continue. After the film was released in 2010, Battle for the Xingu was taken up by leading advocacy group International Rivers, which hosted a screening of the film and posted the film to its website so that people interested in becoming more informed and taking action could learn about the issues at stake. Director Iara Lee and the Caipirinha Productions team also published pieces about the Belo Monte struggle and the negative impacts mega-dams are having across the globe at the Huffington Post and on the blog of human rights video ally WITNESS. Throughout years of protests against the dam, we have continued to lend our support, including when hundreds of indigenous people occupied a Belo Monte construction site in protest in May 2013.