Is reality obsolete? From low-tech function like body piercing and artificially-stocked fishing pools, to the latest in bionics and VR gaming, iara lee’s cyber-age intellectual survey—call it a *.DOCumentary—downloads a Future Shockful of data and defines the parameters of advanced technologies that delete nature and reprogram mankind. Cryonics defy death; the Internet exists outside time and space; smart drugs and surgery upgrade the mind and body. But are we headed toward human optimization or system crash? Timothy Leary, RU Sirius, Lisa Palac, John Barlow, and others offer sound bytes against a mesmerizing screen display of cutting-edge computer graphics and archival clips. Exhilarating and disturbing, Synthetic Pleasures raises issues nobody today can afford to abort / retry / ignore.

Conceived as an electronic road movie, Synthetic Pleasures, directed by iara lee and produced by George Gund, investigates cutting-edge technologies and their influences on our culture. It explores the idea that mankind’s effort to tap the power of nature has been so successful that a new world is suddenly emerging, an artificial reality, a supernature. The film presents the implications of having access to such power as we all scramble to inhabit our latest science fictions. Synthetic Pleasures is set to be the cult movie of the ’90s.

Released on home video after playing in over 130 cities worldwide to great acclaim, Synthetic Pleasures has proven to be a brand name with staying power. The film, which the New York Times called “a trippy, provocative tour,” was an official selection at the Sundance Film Festival and has received positive responses from all over the world. 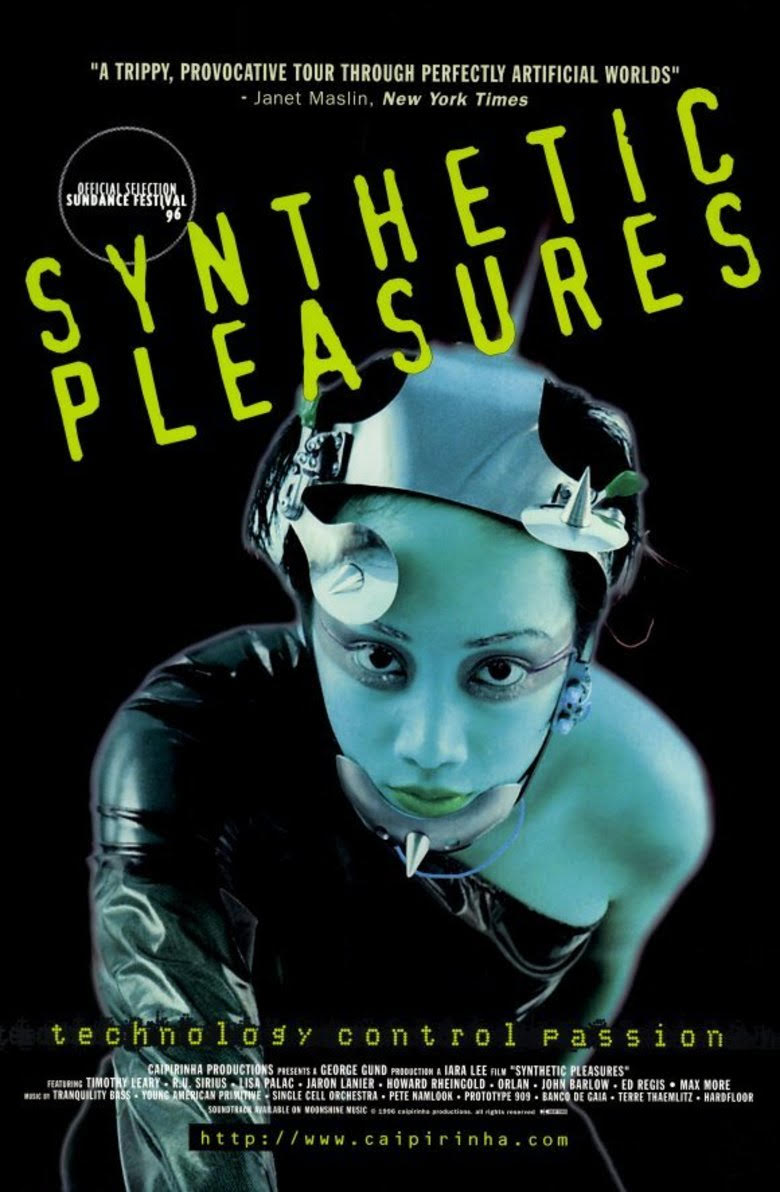 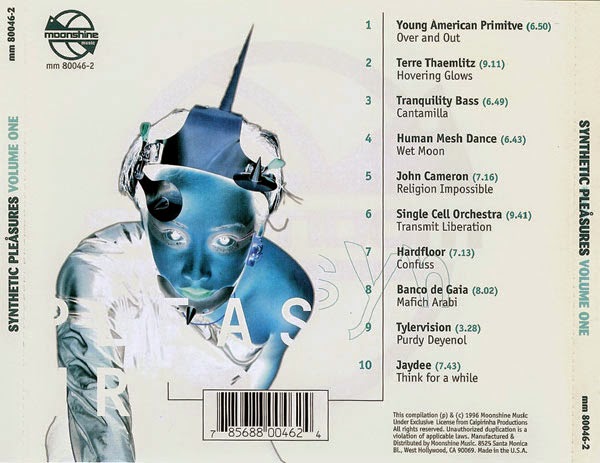 The Synthetic Pleasures project has a truly multimedia format. Moving beyond celluloid, it encompasses a website, a line of clothing, a book, and a merchandising range.

The first in a series of soundtrack albums has been compiled by Caipirinha Productions and Moonshine Music president Steve Levy from music included in the movie. With an all-star track listing, this album is in essence a time capsule of early-’90s electronica.

“It’s a trip into some serious recent classics. An all killer, no filler soundtrack.” – Tamara Palmer, URB Magazine

From the metal electronica of U.M.O. to the beautiful, introspective moods of Pete Namlook to the classic beats of Single Cell Orchestra and the synthesizer chemistry of Prototype 909, ‘Volume 2’ follows the path forged by Volume 1 and features some of the most well known and respected names in contemporary electronic music.