The Suffering Grasses: In the Press 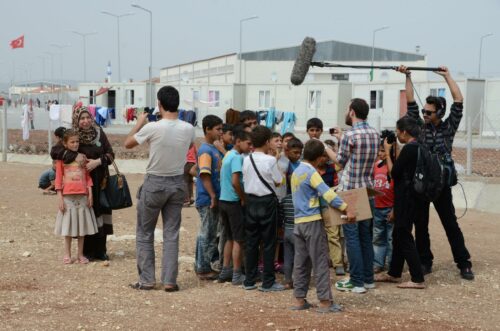 Below is a collection of press coverage of The Suffering Grasses. To view an article, click on its title.

A reflection on The Suffering Grasses at Foreign Policy in Focus
August 30, 2013

Review of “The Suffering Grasses” in Forma Cinema (Italian)
April 25, 2013

Review of “The Suffering Grasses” in Emarat Al Youm
September 11, 2012

“The Suffering Grasses” reviewed by The Grapevine Kuwait
July 1, 2012

BBC Brazil interviews Iara Lee about her film “The Suffering Grasses”
May 16, 2012

Screening of “The Suffering Grasses” highlighted on The News Tribe
September 25, 2012

In the aftermath of trailblazing Palestinian journ

Through our sister foundation, the Cultures of Resistance Network, we are proud to provide full-tuition scholarships to fifty underprivileged female students at Birzeit University.Birzeit University is a leading public educational institution in Palestine’s West Bank. Their programs educate over 15,000 students in science, technology, social policy, the arts, law, economics, and other fields. Birzeit University’s Women’s Studies Institute is among the first academic centers for studying gender founded in the Middle East, and it evolved from Palestine’s long history of women’s activism. In fact, Birzeit University as a whole was first established as an elementary school for girls in 1924!This week, Birzeit University announced that it is launching the “Shireen Abu Akleh Award for Outstanding Achievements in Media,” dedicated to Palestinian journalists and reporters covering life under the Israeli occupation. The award was established in honor of renowned Al Jazeera journalist Shireen Abu Akleh, who was murdered by Israeli occupying forces in Jenin on 2022 May 11. ... See MoreSee Less