FROM TRASH TO TREASURE: turning negatives into postivies

People in the Film 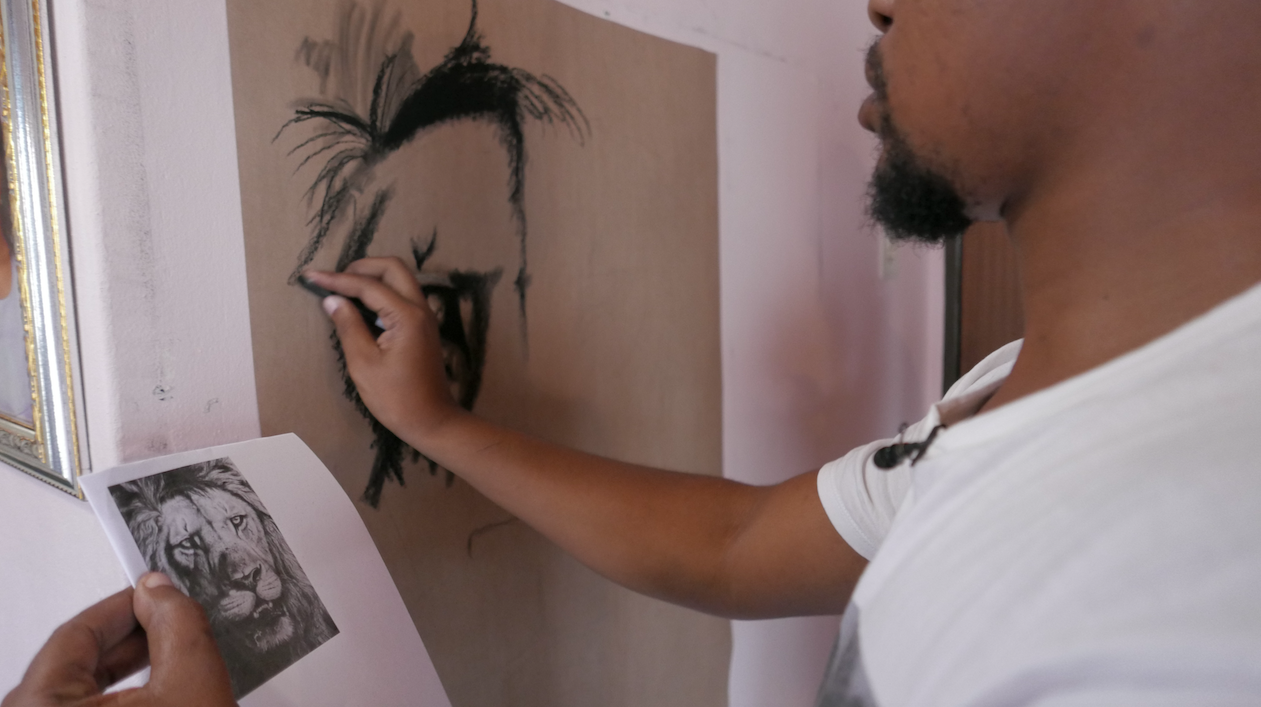 For From Trash to Treasure, we were privileged to speak with an amazing collection of artists and activists. Below are a few of the great people and groups featured in the film.

Sibusiso Adontsi, known as Sadon, is a rapper and spoken word artist from Lesotho. He released his first solo project, “Love, Hate and Tears,” in 2012. In 2015, he recorded his second offering at the SABC studios and released it in June of the same year. The album was distributed in South Africa, Swaziland, and Lesotho. Sadon is an active youth minister at his local church and also a motivational speaker who has various speaking engagements especially at the Hub in Morija.

Thabo Malefetsane is a graphic designer at DripzArts in Lesotho.

Neo Kabi is from Lesotho and works on campaigns for sex workers’ rights and LGBTI+ rights. She is a program manager for Rainbow Alliance of Lesotho, an innovative and inclusive LGBTI+ organization that was established in April 2018.

Lynor Mahase is the manager of GAT Quality Artist Management in Maseru, Lesotho and one of the creators of Backyard @ Lynors, a creative space where artists and other young creatives connect, network, and experience good music.

Café What? is a large creative space that supports all forms of creative art. It is a fusion of a restaurant, gallery, bar, coffee shop, and performance and discussion space. The space is utilized as a platform for interactions, collaborations, and exchanges of ideas, expression and creativity.

Kemet Designs and Creatives specializes in the creation of genuine leather products, denim, and other suitable material for clothing and clothing accessories. Its products are a symbol of Afrikanism and ethnic consciousness, as well as uniqueness, style, and flair.

Nthabiseng TeReo Mohanela is a Lesotho-born creative writer, activist, fashion designer, arts and crafts coordinator, musician, and fire dancer. She performers live under the alias TeReo. As an activist and musician, TeReo has worked with an organization called Conservation Music. In 2015, she became a part of an organization called Family Arts and Development of Land Youth Association, which aims to empower youth by exchanging skills in the arts and developing land for locals in Lesotho. She then initiated a program called Trash to Treasure to educate other designers of the necessities of recycling and sustainable living using trash and natural materials, such as wood and crystals.

Reekelitsoe Molapo is an entrepreneur, social activist, and student. She has worked and volunteered with organizations including Better SA, Global Business Roundtable, World Vision, US Embassy, and EU Maseru. She founded the Educate Your Peer Foundation and co-founded Conservation Music Lesotho. She is a Tony Elumelu Entrepreneurship Award winner, a YALI RLC alumni, a Pitch@Palace Commonwealth alumni, and a Queen’s Young Leader Award winner.

Meshu Molapo is an artist who lives and works in Maseru. At 90 years of age, he still spends each day in his studio dedicated to producing images that represent the culture of his country. Meshu first showed his artistic skills at the age of twelve, when he joined the boys of his village to look after cattle. Like those boys, he started making clay models, but he went further and astonished people with the detailed likeness of his figurines of animals and people. He has presented his art in Israel, Nepal, Italy, the UK, France, Nigeria, Brazil, and the US.

Born in Zimbabwe but now a naturalized Mosotho who has lived in Lesotho for over twenty years, Siphiwe Nzima-Ntšekhe is an activist who uses her poetry and songs to stimulate the masses. Her work is an infusion of spoken word, African melodies, and traditional drumbeats and is inspired by contemporary Afro-pop artists. Her passion for protecting African children has led her to perform poems about human rights, gender-based violence, and child abuse.

Born and bred in Lesotho, Mamolefe Petlane is the director of Sesotho Media & Development. She believes that the audiovisual medium of communication is one of the best ways to engage different people in learning about social development issues. Sesotho Media & Development was born out of a knowledge and understanding of Lesotho, its people, and its history, as well as a realization of the power of locally produced film and facilitated discussion to engage people in exploring and understanding themes, challenging and shifting attitudes and behaviors, and disseminating information in support of human rights. It operates countrywide through mobile cinema units, a team of trainers, trained facilitators, and external experts. It organizes the annual Lesotho Film Festival.

Tankiso Pita is a musician in Lesotho.

Paul Rafoneke, known as DJ Pope, is a DJ from Bloemfontein, South Africa.

Sesotho Media and Development was born out of a realization about the power of locally produced film and facilitated discussion to engage people in exploring and understanding themes, challenging, and shifting attitudes and behaviors. It also aims to disseminate information in support of human rights. The organization operates countrywide through mobile cinema units, a team of trainers, trained facilitators, and external experts on the issues that are being addressed. Sesotho Media and Development organizes the annual Lesotho Film Festival to provide a platform for local filmmakers to showcase their work.

Sotho Sounds is a group of musicians from the Malealea village in the mountains of Lesotho. The group uses instruments made from throwaway junk, incorporating wood, wire, tin cans, and metal.

Tumisang Taabe, a Maseru local, sells and repairs bicycles. He teaches children and adults how to cycle and uses cycling for change, encouraging health and fitness while helping unemployed youth open their own bike shops.

Lehlohonolo Tlhaole is the founder of Two For Designs, a Maseru-based collective of creatives who work together to come up with out-of-the-box solutions to problems in the visual and digital art fields.

Today marks as 107th anniversary of the Armenian G

“On this beautiful little spaceship we call Eart

For nearly a decade, the U.S. has supported a Saudi-led war in Yemen that has killed nearly 400,000 people, including more than 10,000 children—becoming what the UN has called “the world’s worst humanitarian crisis.” American military support is fueling violence and a worsening food crisis in Yemen, and it’s time for this to stop!Our friends at Action Corps have been advocating for a War Powers Resolution that would end U.S. military participation in the Saudi attacks on Yemen, cutting off US logistical support such as intelligence sharing and equipment maintenance. It would also end the aerial blockades that have created a crisis of starvation for millions of civilians in Yemen.If you are in the US, you can help by urging your representatives in Washington, DC to support the War Powers Resolution today! Read more here: www.thenation.com/article/world/yemen-wars-power-resoultion/Graphics via @nationalactioncorps ... See MoreSee Less