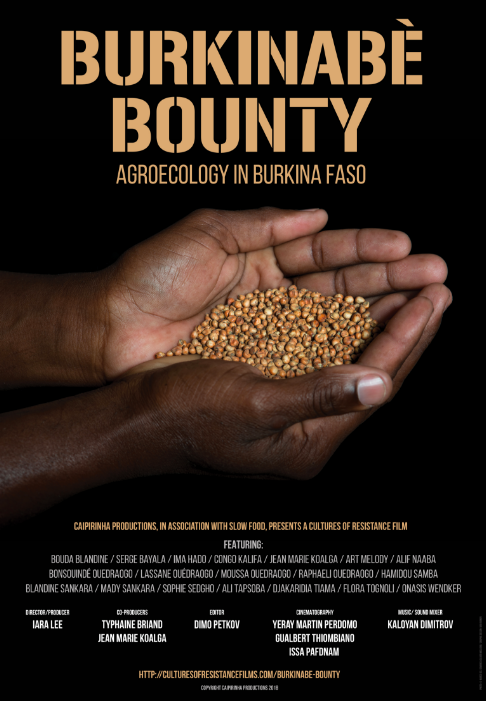 BURKINABÈ BOUNTY: agroecology in Burkina Faso chronicles agricultural resistance and the fight for food sovereignty in Burkina Faso—a small, landlocked country in West Africa. Showcasing activist farmers, students, artists, and leaders in the local Slow Food movement, the film looks at how the Burkinabè people are reclaiming their land and defending their traditions against the encroachment of corporate agriculture. From women gaining economic independence by selling “dolo” beer, to youth marching in the streets against companies like Monsanto, to hip-hop musicians reviving the revolutionary spirit of Thomas Sankara, BURKINABÈ BOUNTY: agroecology in Burkina Faso shows the creative tactics people are using to take back control of their food, seeds, and future.

The trailer is also available on Vimeo.

The film is also available on Vimeo.