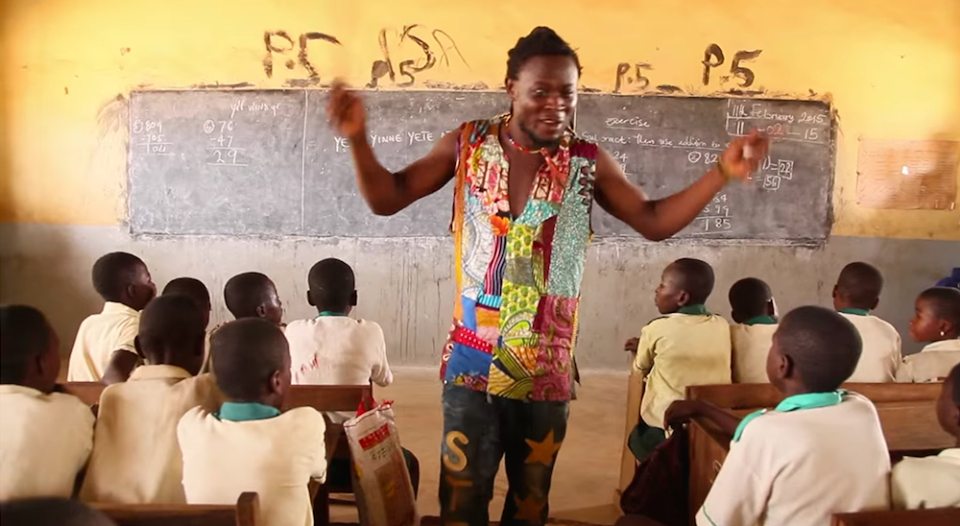 The following is information provided by the World Bank. You can view the full profile here.

Burkina Faso is a low-income ($615 gross per capita income in 2015), landlocked Sub-Saharan country, with limited natural resources. Its population, which is growing at an average annual rate of 3%, was estimated at almost 18.11 million inhabitants in 2015. The economy is heavily reliant on agricultural production, with close to 80% of the active population employed in the sector. Cotton is the country’s most important cash crop, while gold exports have gained importance in recent years.

In 2015, Burkina Faso turned a new page in its history. One year after the popular uprising of October 2014 that forced President Compaoré into exile after 27 years in power, the country held presidential and legislative elections. Roch Marc Christian Kaboré of the Mouvement du peuple pour le progrès (MPP) (People’s Movement for Progress) emerged as the first civilian president to be elected following free and transparent elections. The MPP also obtained a parliamentary majority. Municipal elections were held in May 2016.

Zéphirin Diabré of the Union pour le progrès et le changement (UPC) (Union for Progress and Change), placed second in the presidential elections and is now the leader of the opposition.

In July 2016, the Government of Burkina Faso adopted a new development strategy, as set forth in the 2016-2020 National Economic and Social Development Plan (PNDES), entailing an overall outlay of CFAF 15.478 billion (approximately $26.3 billion).

Two thousand people were affected by the severe floods that hit the country in August 2016.

In addition, on January 15, 2016 Burkina Faso was the target of a terrorist attack against a hotel and restaurant in Ouagadougou that claimed more than 29 lives.

A combination of several factors, including exogenous shocks linked to the persistent fall in the price of raw materials, the socio-political crisis experienced by the country in 2014 and 2015 and the impact of the Ebola epidemic in the sub-region have resulted in a slowdown in the rate of economic growth. GDP growth of 4% was recorded in 2014 and 2015, significantly lower than the average of 6% registered over the previous decade.

This downturn has had an impact on public finances, reflected particularly in a fall in domestic revenue and a drastic decline in public investment. Private investment also contracted, owing to the wait-and-see attitude adopted by private investors following the political events of October 2014 as well as the attempted coup d’état of September 2015.

The commitment-based budget deficit was 2.1% in 2015, although on a cash basis it was around 3.4% of GDP, due to the payment of expenses corresponding to the previous year. This deficit was covered by the financial support of technical and financial partners. Notably, following the second and third program reviews, the World Bank disbursed $100 million for budgetary support. Furthermore, in June 2015 the Board of Executive Directors of the International Monetary Fund (IMF) approved an extended credit facility. Inflation remained low, at less than 1%.

Burkina Faso’s external position improved in 2015, with a current account deficit of 7.7% of GDP against 11.1% in 2013. This improvement was due to the drop in imports (following the fall in oil prices) and the rise in exports. The external deficit was covered thanks to external support and commercial bank financing.

The forecast for growth over the next three years is positive, despite a gloomy international economic environment, characterized by the decline in the price of exports (gold and cotton) and insecurity in the sub-region. In the medium term, economic growth should be more sustained, driven in particular by mining exports (thanks to the commissioning of new mines), investments and consumption. Growth in 2016 is projected at approximately 5.2%, while inflation should remain below the WAEMU threshold of 3%.

Burkina Faso remains vulnerable to changes in rainfall patterns and fluctuations in the prices of its commodity exports on world markets. Its economic and social development will, to some extent, be contingent on political stability within the country and sub-region, as well as its openness to international trade and export diversification. Second generation reforms, involving economic liberalization and employment generation by small and medium enterprises (SMEs), should help to ensure sustainable growth.

The following is information provided by BBC News. You can view the full profile here.

A poor country even by West African standards, landlocked Burkina Faso has suffered from recurring droughts and military coups.

Burkina Faso, which means “land of honest men”, has significant reserves of gold, but the country has faced domestic and external concern over the state of its economy and human rights.

A former French colony, it gained independence as Upper Volta in 1960.

In 1983 Capt Thomas Sankara seized power and adopted radical left-wing policies but was ousted by Blaise Compaore, who went on to rule for 27 years before being ousted in a popular uprising in 2014.

The intervening year before Mr Kabore’s election saw considerable turmoil, including an attempted coup by troops loyal to the ousted president in September 2015.

A French-educated banker, Mr Kabore sees himself as a social democrat, and has pledged to reduce youth unemployment, improve education and healthcare, and make health provision for children under six free of charge.

Kabore was a long-standing Compaore loyalist, but he quit as chairman of the then-president’s Congress for Democracy and Progress party in 2014 over the head of state’s plans to amend the constitution to extend his 27-year rule.

The following is information on media in Burkina Faso provided by BBC News. You can view the full profile here.

Burkina Faso has more than 200 radio and TV stations, and at least five national newspapers.

Foreign stations such as the BBC, Voice of America and Radio France Internationale also broadcast freely.

There are a handful of private TV stations and many private publications.

The Ministry of Communication and Culture regulates the media. Reporters Without Borders says the written press is “relatively free” and criticism is tolerated.

Many media outlets, particularly private ones, are often critical of the government, although some also practise self-censorship.

Some journalists are reported to have been threatened or arrested. Inquiries into the 1998 killing of the well-known and respected newspaper journalist Norbert Zongo have yet to bring to book those responsible.

Only 4.4% of the country’s population have access to the internet, and most of them access it through a mobile device. Broadband subscription costs more than the average yearly income.

Readings on the 2014 Uprising 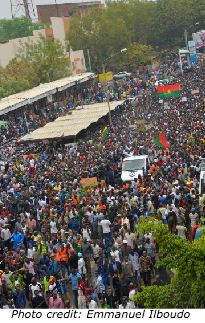 In 2014, tensions between Burkina Faso’s authoritarian government and the impoverished masses calling for democratic reforms came to a head. Protests against a proposed constitutional change that would have allowed President Blaise Compaoré another five years in power grew into a popular insurrection that led to Compaoré’s removal and, one year later, a presidential election. Below is a list of readings on the historic events of 2014.

The following are articles and reports that provide an overview of the situation in Burkina Faso.