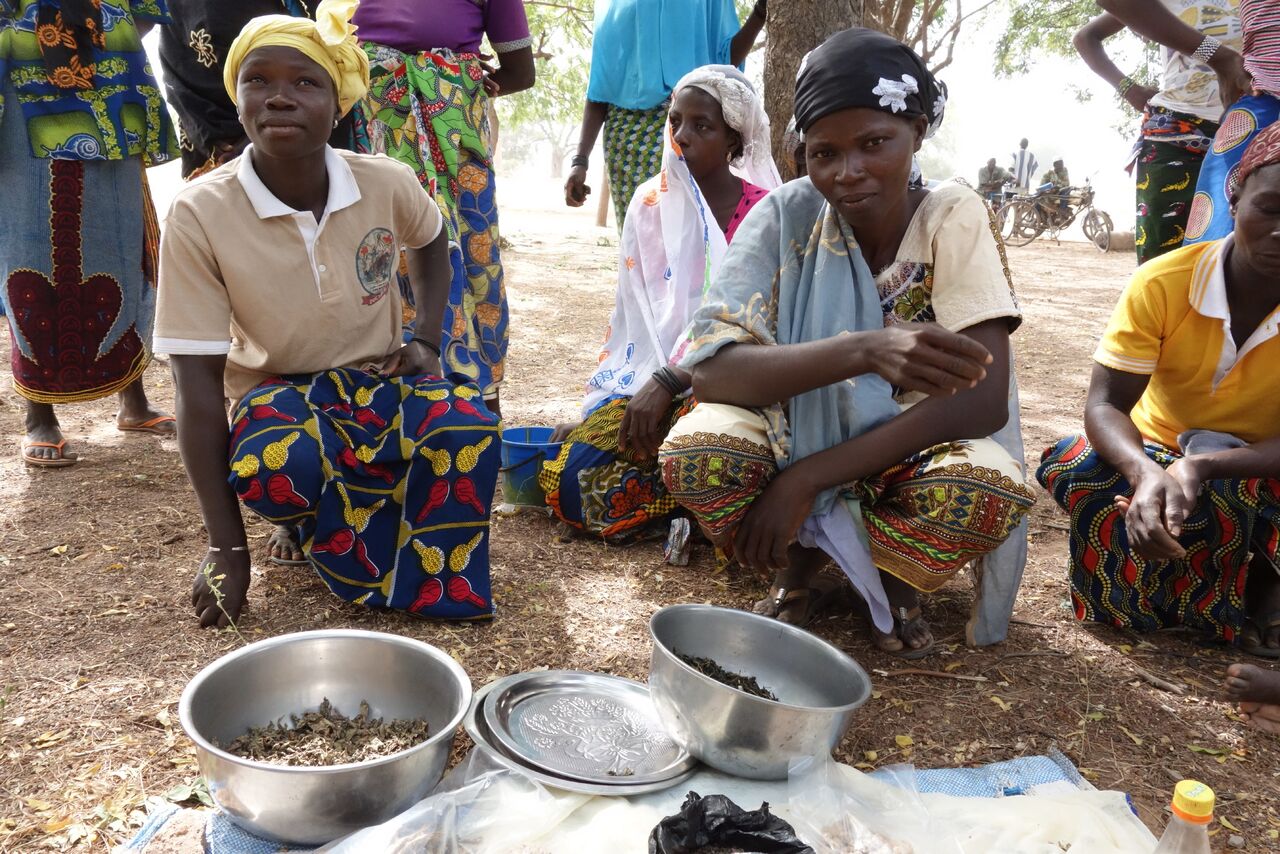 We have been honored to receive feedback and comments from audience members who have viewed Burkinabè Bounty. If you have watched the film, we invite you to send us your thoughts and keep the discussion going! We can be reached by email at info@culturesofresistancefilms.com.

Alix P. — I am writing a master thesis in anthropology on agroecology in Burkina Faso and wanted to take the time to tell you that Burkinabè Rising & Burkinabè Bounty are absolutely fantastic movies!

Michael R., Saint Vincent and the Grenadines — Thank you for making such a fantastic film and for sharing it! I found it very inspirational and motivational. I love the way you gave voice to the people and expressed their struggles .

Orkeeswa Secondary School, Tanzania — I screened Burkinabè Bounty for my students and we had a great discussion. They were really impressed by the Burkinabè activists and were curious to learn more about Monsanto. As we move into 2020, we are going to keep watching this. It was a great start and we really are excited to continue watching your documentaries in the coming months! There were many issues touched on that are very relevant to our students, all of whom are from a rural community here in Tanzania.

Association Latitudes, France — The teenagers were very interested in the film. We had a passionate debate afterwards about what prevents us in France today from changing the alimentation system for the better, in terms of both the production and the consumption. We also had a workshop with elderly people about how consumption has evolved over the last fifty years. They liked the positivity of the film and a lot of them were hearing about Thomas Sankara for the first time. I don’t think they had ever really thought about agriculture in a political context before, and the movie really awoke this question in their minds.

Zambia Alliance for Agroecology and Biodiversity, Zambia — We had a very successful evening. People were really interested and had extremely positive feedback about the film, asking if it could be screened more in Zambia with different groups.

Cinema du Desert, Italy — The screening was a success. There are so many people inspired by the movie and ready to visit Burkina Faso!

Georie P., Philippines — Farmers who saw the film were happy to see how the farmers, especially women, engage in social enterprise as their livelihood source. They also see a similarity with the issue of TNC’s GMO seeds. Here in the Philippines, GM corn was commercialized in 2003 and is now invading the mountain farms in Panay. The farmers have realized how powerful the GM seeds are and already feel enslaved to the technology that is enhanced by usurious private financing.

Khanty Mansiysk, Russia — It’s so amazing! Your film is absolutely bomb! I opened a new page of this world watching Burkinabè Bounty—now I feel that I’ve visited Burkina Faso! Thank you for your work.

Garikai M., Zimbabwe — We had a volunteer training and capacity-building session on soil fertility, mulching, compost, winter gardening methods, and crop rotation. Afterwards, we showed Burkinabè Bounty to our team of volunteers from some of the communities we work in. It was such an amazing moment with smiles and knowledge-based agricultural learning. It is the first time we have shown a video to the community and it was quite exciting and motivational to the volunteers!

The community admitted to have learned and grasped some survival concepts through agribusiness at a local level. Many of them confirmed that they had shelved their business plans due to lack of confidence and motivation. After the film, they realized that their other African brothers and sisters from Burkina Faso are also involved in the same work they are carrying out in the schools and communities in terms of practicing traditional agriculture. The volunteers even suggested we start brainstorming on sustainable food justice initiatives so as to be able to provide food for their families and raise money for their children’s school fees and school uniforms.

Ru V., Finland — West Africa has never been so close. Beautiful panorama and detailed views. Such a joyful style. For me, it’s a movie about human dignity—women and men and children in harmonious connection. Impressive and empowering!

Andrea P., Barbados — Your film was simply excellent. Interestingly, while the message was powerful, from an anthropological perspective, I really appreciated the story you told. It was the Burkinabè’s story in their own words, which ultimately is what counts. Thank you for filming this story of humanity and bringing it to us.

Ian M. — Powerful, meaningful work, art, and message. You are shinning a light and giving people and the environment a voice!

Dowen K., United States — The movie was impactful and the students really appreciated watching it. We look forward to screening more of your movies in the future!

Dionna G., Barbados — I loved your film! Super informative and an amazing demonstration of how women are the backbone of the community.

Jackie O., Barbados — I was just at your screening of Burkinabè Bounty at Peg Farm. Thank you for coming to Barbados and presenting your documentary! It is inspiring to see what else is going on around the world, especially in places that are not so well known. It really shows how passionate all peoples are about the direction we need to move in as a species. I especially liked the involvement of art and music in their efforts to encourage the young people to get involved. If somewhere like Burkina Faso, which I had never heard of before, can demand change, then what an inspiration to all countries to do the same!

Cansu S., Turkey — It was a joyful screening. I hope many people will be learn about Burkina Faso each day, and I hope that we contributed to raising awareness. Thank you very much for your efforts, collaboration, and this wonderful opportunity!

Slow Food., Indonesia — I would like to personally thank you for trusting us with the screening of the film. There were thirty people in the audience, plus about ten people from our own team. It was interesting to capture the excitement during the screening and the diversity of the audience members and their level of engagement. We have a number of chefs and restaurateur, farmers, NGOs, food journalists, organizations that have been supporting farmers and foragers, educators, field school operators, and food entrepreneurs. The post-screening talk was also very powerful. Panelists includes Dr. Amanda Katili (Special Envoy on Climate Change for the President Office, who is also a Slow Food member and runs Omar Niode Foundation ), Masril Koto (farmer/activist/social entrepreneur who started the first farmers’ owned bank in Indonesia and has nurtured many more across Indonesia), and myself as food biodiversity educator and entrepreneur. The talk was moderated by Tria Nuragustina, Food Editor of Femina, Indonesia’s first and leading women’s magazine. The discussion was so alive as audience tried to reflect the best practices and lessons learned from the Burkina Faso to reflect on Indonesia’s current condition.

Simone S., United States — Turnout was really excellent! It was a full house plus standing room, and I would say that people were really impressed with the film.

Agency of Development Initiatives, Kyrgyzstan — Our women were impressed by the film and the people from Burkina Faso. We had good discussion after the screenings and it was a good start to our agroecology workshop. Thanks for the film!

Nora U., Finland — The screening went very well! The room was almost full and some of the students gave me really good feedback. The teachers were also pleased.

Kaizer M., Lesotho — Thanks a lot again for the opportunity to show the film! We love screenings works that impact lives in a positive away.

Hanoi Doc Lab., Vietnam — The whole audience felt inspired and impressed by the director. They admire your journey and hope that you are lucky on this hard road. Some people shared that they’ll have another chance to watch more of your films.

Marie V., Belgium — We loved it! It was very inspiring. So much positive energy. It’s nice to have the artists’ points of view.

Jean-Marie K., Burkina Faso — All the thanks and gratitude of myself and the entire Slow Food Burkina Faso network for the excellent work done at your own expense to produce this high-end film for our network, our country, Slow Food International, and all those who are engaged in the resistance for the defense of agroecology, production, and local consumption and biodiversity. Thank you very much for everything and good luck to you in your noble work. Thanks again.

Richard M., United States — The film was beautiful. Loved how you wove the culture, music, and dance into this film grounded in agriculture and self-reliance.

Kathryn L., United States — I could not understand the French or Italian and still thought the film brilliant! Visually beautiful from beginning to end and the soundtrack was awesome! The film was amazing! You should do a soundtrack album—the music was amazing as well!

Anahit P., Armenia — I’m still amazed with your work. I was not able to say it yesterday, but I want to say that the people that were in the movie were amazing. They were so beautiful in the way they are and what they do and love. Thank you once again for an unforgettable day!!

Orazio C. — Thank you, Iara, for doing what you are doing. I loved your documentary. Earth is honest with us—we must be the same with her.