Architettura, a 1999 project from director iara lee, is a series of four short films that explore the synergies between the worlds of contemporary architecture, electronic music, and film. Together, they highlight the contradictions and complexities of urban life.

Each film was inspired by a volume of the Architettura CD series. You can find more information about the CDs in the music section below.

For biographies of the architects featured in Architettura, click here.

For highlights from press coverage of the Architettura film and CD series, click here.

During the day, Toyo Ito’s tower of winds rises as an oval, aluminum cylinder out of the center of a roundabout in Yokohama, Japan. At night, it transforms into a kaleidoscope of lights triggered by wind, temperature, and the ambient noises of the city. Taylor Deupree and Savvas Ysatis provide the soundtrack to the transformation, as well as the montage of vertical structures around the world. 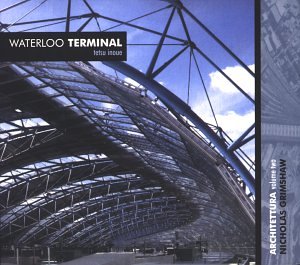 Tetsu Inoue’s aural interpretation of Nicholas Grimshaw’s Waterloo Terminal is a sonic diagram of the station’s arches and surfaces, echoing the structure’s asymetry. “Room Fx” accompanies this exploration of train and airport terminals as self-contained environments where world citizens re-evaluate concepts of time, space, and place in this age of globalization.

Itsuko Hasegawa’s Museum of Fruit, comprised of three domes stemming out of the earth, is a natural form on a gentle slope by Mount Fuji, Japan, acting as a metallic home to the vegetation within. Arranged to David Toop’s “Utopia in a Fiction Form,” this short film examines the enclosure of nature and the control exerted by technology. 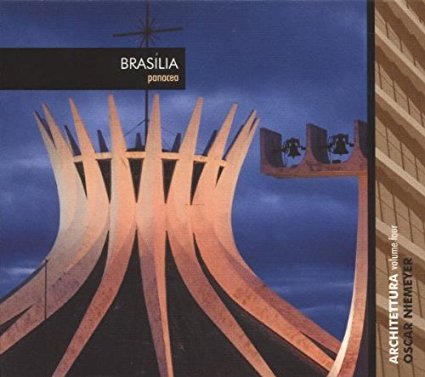 Set to the controlled frenetics of Panacea’s “Void of Safety,” this short film is a journey through the paradoxes of Oscar Niemeyer’s pre-planned city of Brasilia. Built of austere but sensual concrete, Niemeyer changed the face of modernist architecture through his use of curved lines and surfaces, contrasting the traditional straight planes of chaste modernism. Also politically contradictory, the city was built with the hopes of bridging classes but soon became a ghost town for the elite. Brasilia’s futuristic sculptural buildings continue to intrigue and haunt exactly for these juxtapositions.

The Architettura CD series is a series of full-length albums by some of the most important electronic musicians. All CDs qwew packaged in deluxe digi-packs and had a booklet illustrated with photos and architectural drawings, as well as information about the architect’s works and how it inspired the CD. This series was sought after by aficionados of adventurous music and architecture. These architects represent the top of their field, creating contemporary works that stretch the boundaries of architectural forms, structural possibilities, and how the buildings affect communities and culture at large. The first four CDs were available from Caipirinha Music. The packages were designed by Taylor Deupree and all CDs in the series are produced with the full co-operation of the architects.

tower of winds is cylindrical metal tower in yokohama, japan, made up of synthetic mirrored plates covered by an oval aluminum cylinder. during the day, the tower stands as a simple metallic form in the center of the city. at night, it becomes a kaleidoscope of color as an elaborate light show is created by flood lights and the various reflective panels that form the structure. there are 1280 lamps and a dozen neon rings arranged vertically along the tower. in addition to these interior lights, there are thirty flood lights shooting up from the ground to control the patterns of light within the tower. all of these lights are controlled by a computer that takes elements such as ambient noises, wind speed and direction, the time of day and so forth, turning the building into a symphony of light.

savvas ysatis was born in greece. he moved to new york to pursue music at the age of 15 and lived there for 14 years. he now lives back in greece. ysatis has recorded for instinct records as the ambient omicron, collaborated with taylor deupree on seti (ambient), futique (trip-hop) and arc (techno). he also records for kk records in belgium as omicron as well as for his own label in greece, sonar, as minipop and savvas ysatis. the partners in his label run a magazine called oxy, as well as a technology/music/culture tv show. savvas is spreading the word of the relatively unknown, yet highly talented, greek techno scene to the rest of the world. currently, ysatis recorded for prestigious record label in berlin tresor.

taylor deupree runs his new york based label, 12k, and has coined the phrase “microscopic sound” to descirbe the synthetic and minimal sound of his audio art. deupree also records for caipirinha, mille plateaux, raster music, audio.nl and instinct records. he is also a graphic designer and responsible for much of the work of caipirinha productions.

channel tunnel railway terminal at waterloo is the gateway to the high speed rail tunnel beneath the english channel that connects london with paris. the terminal serves the same function as an airport, housing immigration, customs, arrival and departure lounges serving 15 million passengers per year at a rate of 3,000 people traveling in each direction per hour every day. with an average travel time of three hours from start to finish, the eurostar rail service based in the waterloo terminal provides an attractive alternative to the prospect of journeying out to distant heathrow airport only to encounter all the attendant delays that seem inescapable in the operation of air traffic.

tetsu inoue has responded to the challenge of composing for the waterloo terminal with a vocabulary specifically suited to a marvel of technology. unlike the timeless dreamscapes of his previous work, here the foremost element is the crackle of electrons in motion. here, the ambiance of a large enclosure; there, the roar of the crowd echoing into random background noise; everywhere the dance of electrons pulsing through the circuitry of a vast and complex structure.

and remarkably – even startlingly – the music was not merely inspired by the waterloo station, but in a very real sense it was composed by tetsu in collaboration with the station. tetsu scanned over 1000 real and digitally altered photographs of the station into his computer and dumped them into his music software, which mathematically translated the arches and surfaces of the structure into electronic sound. it is as if the station itself were given voice, which tetsu then shaped by altering pitch, timbre, resonance and rhythm, creating a linear collage born from his artistic interpretation of the architecture itself.

“. . . a rhythm suggestive of an entirely new kind of nature . . . architecture as a second nature, a hanging garden that anticipates the near future.

when i first saw a photograph of itsuko hasegawa’s museum of fruit, the impact was immediate and breathtaking. located in yamanashi, japan, within sight of mount fuji, the museum of fruit is a cluster of three domes – a tropical green house, an atrium event space, an educational workshop for teaching. odd-shaped and assymetrical, the structures suggest a variety of natural forms: marine molluscs attached to a seaweed-covered flat rock at low tide; armadillos, beetles or seed pods, squashed fruits fallen from a tree and eaten by insects from within, sleeping snails, even the bulging eyes of some giant, supine creature.

if there can be a correlation between music and architecture then it must be a meeting of ideas. my own music always searches for forms, sounds, rhythms and audio transformations that suggest a fictional utopia that encloses the listener in an invisible, impermanent environment. in its way, this is a kind of architecture.” -david toop

david toop is a london-based musician, writer and sound curator. he has written three books – rap attack (1984/1991, third edition due 1998), ocean of sound (1995) and exotica (published may 1998) and released three solo albums – “screen ceremonies” (1995), “pink noir” (1996) and “spirit world” (1997). in 1998 he composed music for acqua matrix, the outdoor spectacular that closed every night of lisbon’s expo 98. he has recorded with musicians from many fields, including prince far i, brian eno, john zorn, jon hassell, scanner, evan parker, talvin singh, bedouin ascent and paul schutze. he has written for many publications, including the wire, the face, the times, village voice, interview, vogue, details, gq and billboard.

volume 4 of the series, composed and performed by german tech-step artist panacea, was inspired by the preplanned city of brasilia. designed by renowned architect oscar niemeyer, brasilia is the capital city of modern-day brazil and known for its bizarrely futuristic look. unlike previous volumes, in which a single structure was examined, this piece takes an entire city into its scope. panacea leaves the listener with a void, echoing the desolation of this once buzzing metropolis.

panacea emerged only a few years ago with his first full-length that smashed drum & bass in its hardest unnatural form, he has gone on to record under many different guises (bad street boy, kate mosh, warfare, redeemer, disorder) becoming one of the hardest working and varied electronic musicians in the world.