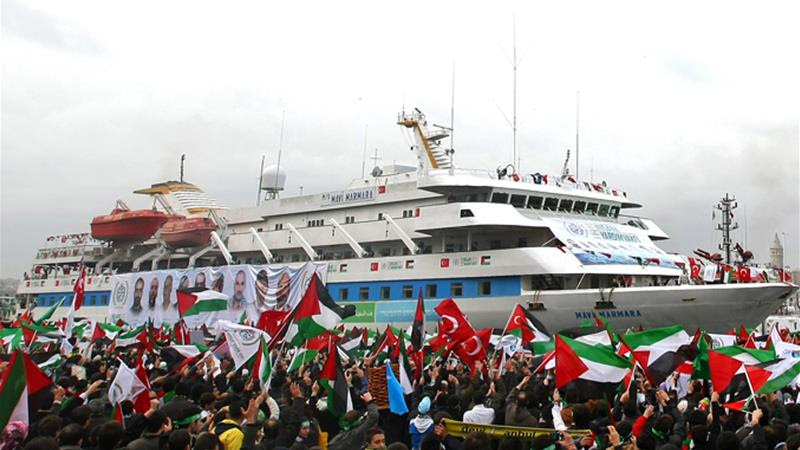 On May 30, 2020, director iara lee hosted a virtual discussion to commemorate the tenth anniversary of the Israeli attack on the Mavi Marmara. You can watch a video of the event below:

Please join us on May 30, 2020 at 17h00 UTC time (10h00 PDT West Coast North America, 13h00 EDT, 18h00 British Summer Time, 20h00 Palestine/ Mecca time) for a webinar with documentary filmmaker iara lee, author and speaker Dr. Norman Finkelstein, and passengers from the Mavi Marmara, the humanitarian ship that was lethally attacked by Israeli commandos ten years ago as it sailed to break the illegal Israeli naval blockade of Gaza. We will livestream the Zoom discussion on the Cultures of Resistance YouTube channel!

This webinar is a part of a series of webinars sponsored by the Gaza Freedom Flotilla Coalition to commemorate those killed on the flotilla in 2010. It will present a concise account of the attack on the Mavi Marmara and the attempt to hold the State of Israel accountable in the International Criminal Court. Registration is required and space is limited so please be punctual! And don’t forget to check the time difference for your city.

Before the webinar, you can watch iara lee’s 1 hour raw footage “Israeli Attack on the Mavi Marmara” and the 3 min short film “iara lee testifies to the UN” on what happened on that deadly night.

On 31 May 2010, a humanitarian flotilla of six ships en route to Gaza and carrying seven hundred passengers came under attack in international waters from Israeli commandos. By the end of the Israeli assault on the Mavi Marmara, nine passengers were killed (a tenth passenger died later from his injuries), scores were injured, and possibly hundreds suffered outrages upon their personal dignity, inhumane treatment or torture. Passengers on the other five ships were attacked and beaten by Israeli commandos. A seventh ship of the flotilla arrived several days later and was also attacked. Passengers on all ships were arrested and taken to Israel where they were imprisoned and ultimately deported.

In 2013, the Government of the Union of the Comoros, the registered state of the flagship Mavi Marmara, referred the “Flotilla Situation” to the International Criminal Court. ICC Chief Prosecutor Fatou Bensouda initiated a “preliminary examination” in order to ascertain whether the incident warranted a full-fledged investigation. In 2014, the Prosecutor issued the results of her preliminary examination. She found that, whereas there was a “reasonable basis to believe that war crimes … have been committed,” the incident was not of “sufficient gravity” to justify further deliberation by the Court. The Prosecutor accordingly “decided to close this preliminary examination.”

The Prosecutor reached her decision by leaning on the Israeli account of the assault while denigrating the testimony of passengers and the findings of a UN Commission. Her shameful and shameless whitewash of Israeli crimes has engulfed the Court in a veritable civil war, whereby the Prosecutor has repeatedly declared the case closed, only to suffer mortification when it was reopened by other elements of the ICC. The “Flotilla Situation” is still pending before the Court.

In the meantime, the State of Palestine has opened a second front at the ICC as it too charged Israel, in a separate referral, with war crimes. In a bizarre development, the Chief Prosecutor has now switched sides as she prepares to launch an investigation of Israeli crimes despite the indignant opposition of Israel, the United States, and a phalanx of prominent international lawyers attempting to insulate Israel from legal accountability for its crimes. 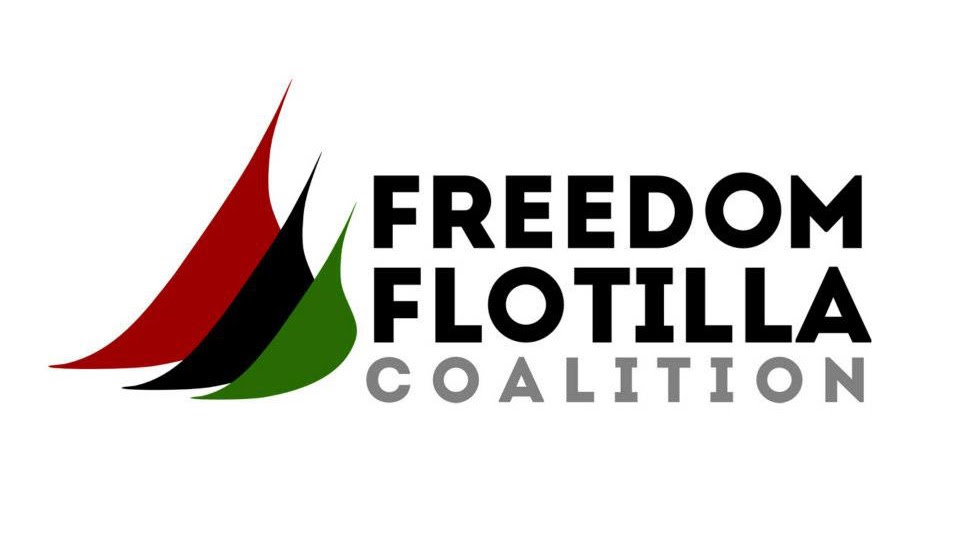 These images show a series of collaborative portraits, featuring embroidery by women unable to leave their homes in India due to their husbands or fathers, some of whom are domestic abuse survivors. The works are from a project called “Nā́rī” by Indian artist Spandita Malik, a finalist for the Inge Morath Award from the Magnum Foundation. Malik’s practice involves expanded documentary with the idea of decolonizing the aesthetic surrounding documentary photography in India.Our sister foundation, the Cultures of Resistance Network, has been proud to support the Magnum Foundation in the past, including their efforts to amplify socially-conscious photographers from the Global South. The Magnum Foundation’s Inge Morath Award is a grant made each year to a woman or nonbinary photographer under the age of 30 to support the completion of a long-term documentary project. ... See MoreSee Less